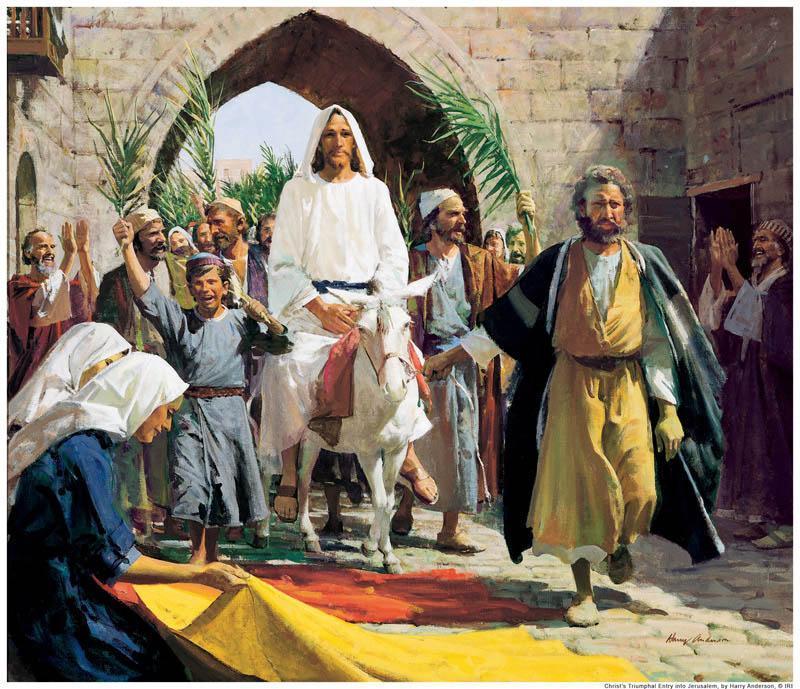 What does every king and president have in common with every other ruler in history? Each one disappoints at one time or another. A president promises to lower taxes or increase employment, and instead, his well-intentioned policies make things worse. A famous, beloved king who defeated countless enemies on the field of battle ends up being conquered by his own lust for another man’s wife.

It shouldn’t really surprise us. Kings and presidents, like us, are descendants of Adam and so inherit his sinful nature. Just because a leader’s faults may be the stuff of headlines, while ours slip under the radar, doesn’t make our guilt any less condemning before God. Whether one has position and power or is an unknown, all people by nature are dead in sin and deserving of eternal death and punishment. That is, all but one.

There is one King who is different. Tomorrow we will commemorate King Jesus’ entrance into Jerusalem on the back of a donkey. He came from the family of Judah, just like David and so many other kings in Israel’s history. Yet Jesus was totally unique. Conceived by the Holy Spirit and born of the virgin Mary, He had no original sin. He was true man, tempted like us in every way, yet He never fell into sin. He is true man, but also true God. He was obedient to His heavenly Father in every way, even to the point of riding into Jerusalem to sacrifice Himself for the sins of the world.

If we had been born holy; if we were never tripped up by anger or envy; if our love for God never wavered; Jesus’ life and death wouldn’t matter. But we came into the world dead in sin. We offend God continually. We fall into the devil’s traps, and there is nothing we can do to fight back.

Tomorrow, let’s gather in God’s house and praise the King of kings, the one and only Savior, who entered Jerusalem to the cheers of the crowds and who enters our hearts with His invitation: “Come to me, all you who are weary and burdened, and I will give you rest” (Matt. 11:28). Already now, let’s look up from the palms laid on the road to the cross….to the tomb….to the GLORY!

We will begin tomorrow’s services with our customary procession with palms.

Voters, remember the recessed teacher call meeting which will resume at 9:45 tomorrow. Bible class will follow the meeting.