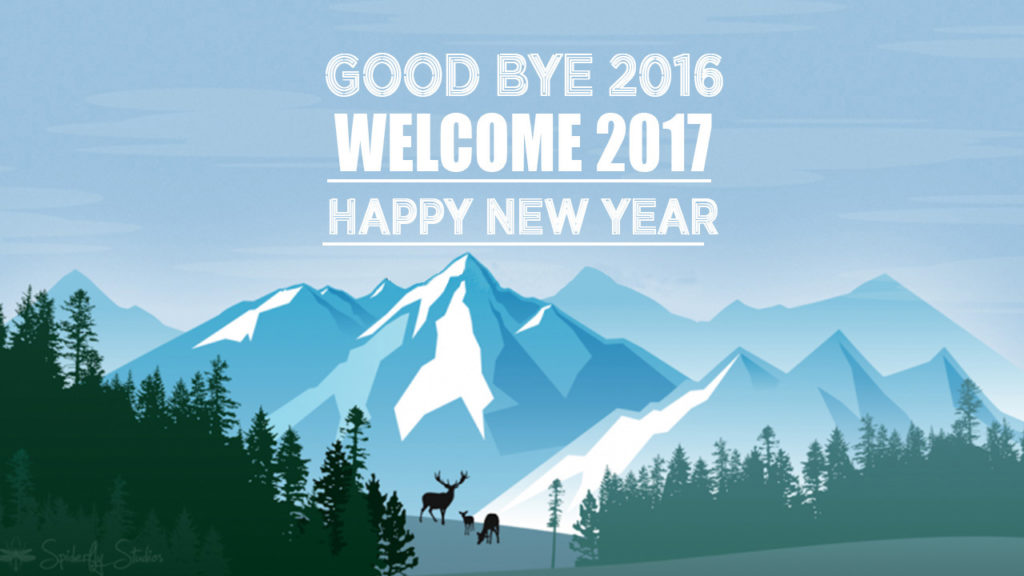 Do you have big plans for saying goodbye to the old year and welcoming 2017 tonight? Millions of people around the world will gather for countdown parties, and when midnight comes will cheer and celebrate. But have you ever wondered what the excitement is really all about? Is there something fundamentally unique about the start of a new year, something which is a reason for new optimism? Solomon didn’t think so. He wrote: “The sun rises and the sun sets….What has been will be again, what has been done will be done again; there is nothing new under the sun” (Eccl. 1:5, 9). It sounds a little cynical, doesn’t it. It wouldn’t do much for a New Year’s party.

Yet Solomon was right. In spite of all the lofty goals, resolutions for personal improvement, and promises to make the world a better place, nothing of substance will change in 2017. There won’t be an end to sickness, injustice, or war. A vaccine won’t be discovered for sadness. A Nobel prize will not be awarded in recognition of death’s eradication. Sin will still be very much a part of the world.

However, that doesn’t mean there is no reason for celebration. We have every reason for optimism not just on New Year’s Eve, but every moment of the new year ahead. It is not just the year 2017. To be more specific it will be 2017 AD, anno domini, the year of our Lord. In other words, 2017 will be another year in which we will live under the blessings Jesus won for us when He entered our world as the Word-made-flesh. He came as the Light to shine with God’s love into a world black with sin and death. He came to do everything we could not do. He came to give us His righteousness and to take our guilt. He came to die that we might live, not just for another year on this earth, but for eternity in the paradise of heaven.

So yes, let’s celebrate, but let’s look beyond the new calendar page and deeper than the New Year’s Eve parties. Paul urges, “Rejoice in the Lord always. I will say it again: Rejoice!” (Phil. 4:4). Whether it’s the final hours of the old year or the first moments of the new, the Lord’s compassions never fail. “They are new every morning” (Lam. 3:23).

Our New Year’s Eve celebration of God’s unchanging grace at work in our lives begins at 7 p.m. tonight. The Lord’s Supper will also be a part of the service.

Tomorrow, we will follow our usual Sunday schedule, including Sunday School and Bible class. The adult Bible class will begin a study of the Old Testament book of Isaiah. Sometimes we shy away from the Old Testament prophets thinking that their message was just for Israel or that what they wrote is inaccessible for people today. Neither is the case. Some of the richest, most beautiful gospel gems are in the Old Testament. So please join us as we take up this study with the prayer that the Holy Spirit would bless our time in the Word. Consider bringing a Bible of your own in which you can take notes as we go along. If you would like to prepare, read Is. 1 and jot down comments and questions to share.